With us you can safely discover India of Now, view the past in forts and monuments and yet at the same time relax!

Allow us to paint your holiday
painting with colours of India

India is as vast as your soulscape is, a land of colour, pomp and gaiety. Where you come face to face with new cuisines, aromas fabrics, landscape, architecture, language and what not! With every passing kilometre 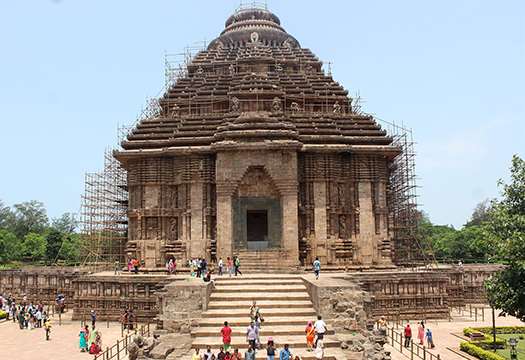 East India is a region situated near the Bay of Bengal. It consists of Odisha, Bihar, Jharkhand, West Bengal, and the union territory of Andaman and Nicobar Islands. Eastern Part of India consists of states like Bihar Jharkhand Orissa and West Bengal. It has a rich biodiversity and a huge stalk of minerals and rare earth materials. The West Bengal region was created after the partition from Pakistan in 1905. Compared to North India, the culture of this region differs drastically. West Bengal is heavily influenced by the Bengali culture. Odisha is majorly a proponent of the Odishi culture. The Buddhist influence is heavily present in the fabric of East India as Bihar is where Buddha preached his first sermon and preached his dharma. This amalgamation of islands, partitioned state, and the Buddhist a Bengali influences is what gives East India a unique flavor. Historically it can be traced to 3rd to 4th century back to Ashokan Empire. It also marks the first region where the British established their rule. We find world’s first university Nalanda here in the state of Bihar.

Andaman Nicobar is a beautiful set of islands which are 600 in total. Of such a huge number of islands, only 36 are inhabited and 9 accessible to the tourists. The islands provide you with an opportunity to sun-bathe at the beaches, dip your feet in the fresh water, and let your lose in the cool atmosphere. Taste some of the bets seafood that Andaman has to offer and dig into the prawns, fish, lobsters and more!

West Bengal has a heavy Bengali influence and carries forward the Bengali love for literature, music, cuisine and all the finer things of life. West Bengal is quite famous for its music and dance forms, especially the Baul tradition. The Bengali cinema is something should never be missed. Indulge yourself in the West Bengali cuisine which shares the craze of the Bengalis for fish and sweets. Taste their jhal-mura, rosogulla, and lip-smacking dishes. The land of Tagore, Vivekanda, Raja Ramohan Roy and Aurobindo. It’s the state between Himalayas and Bey bengal. A state known by for its Sundarban delta, its world famous Darjeeling tea and beautiful Kachenjunga peaks and its terracotta from the Birbhum region. It’s the state where the Mughals found solace from the politics of Agra and Delhi. It’[s the state which holds a treasure trove of the British architecture in India.

It’s the gateway to North east and shares a deep relationship with India's neighbor Bangladesh. It’s often said Bengal has a great foresight and is considered a land of social awakening and India's first steps towards modernization. This region has also seen the beginning of the first war of Independence.

Bihar is said to be the birthplace of Buddhism, as this is where Buddha gave his first sermon and began the spread of his dharma. Biharis are very well-known for their love for life and fun. A trip to Bihar is always incomplete without tasting the Litti Chokha, Chana Ghughni, Chandrakala, Naivedyam and the finer dishes. Home to several languages, dialects and culture, Bihar is a beautiful confluence of forces which find way in its architecture. Bordering Nepal Bihar has one of the most fertile regions of India with Ganga and it’s various tributaries following through Bihar.

Orissa is the land of mysticism and religion. Bhubaneshwar the capital city is known as the city of temples with hundreds of temples from its ancient past. There is a perfect blend of religion history and heritage. This is also which holds its history dating back to 2nd century BC during the Mauryan empire under the emperor Ashoka. It’s has few of the natural wonders of India such as the Chilka Lake which is largest ground for migratory birds in the Indian subcontinent.

We are one of the leading delivery organisation putting efforts in research, education and product development to promote the growth of the tourism industry in India.

interesting & informative experiences and attractions in urban and rural areas

revitalising and energising experiences and activities in the spectacular outdoors

Food tours and cooking sessions based on our in-depth, local knowledge of India

Exploring India makes a good story for a lifetime & telling that story through our aggregation competency of listings, offerings & activities is what distinguish us form others in the market.

CITY EXPLORERS Private Limited is an experiential & transformative organisation showcasing globetrotters & citizens of India the essence of Indian culture, cuisine, heritage in the most authentic way.